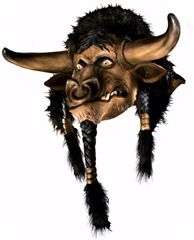 When my last gaming group called it quits about a year and a half ago, I assumed that this was the absolute last time I would ever get to play Dungeons & Dragons. Everybody in the group has a career, family and all those thing, so I figured we would ever ever get together.

Then what happens? The former DM sends out an e-mail, where he explains that work has sucked for him in a long time, and that was why he had to call it quits. Now things have calmed down quite a bit for him (thank you economic crisis) so he thought it could be good to get back together and role the dice. Everybody was enthusiastic and it seems that we will start a new campaign this May.

Unfortunately, we are not playing Dragonlance, but Mystara. I really like Mystara, because it was the first gaming world I ever knew, and because there is some really good material published for that world.

Anyway, I have to figure out what character to play, so if anybody out there has any good ideas let me know.

1 thought on “I am a gamer again – possibly”