I loved the first Iron Man movie, and the sequel looks pretty good too. Enjoy 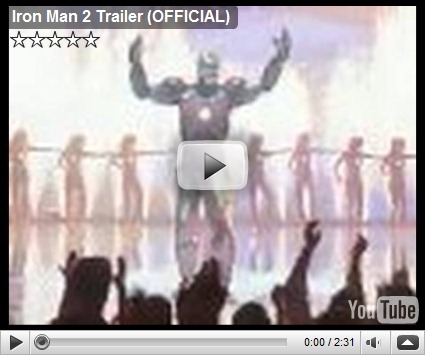 I was looking through some of my old files, and I found a document I started back in the day with various adventure hooks. See, I used to keep a notebook with me at all times so I could write down ideas for my campaigns. It kept me from going insane many a time. Too bad I can’t do the same thing in current job. Maybe I should start blogging at work? 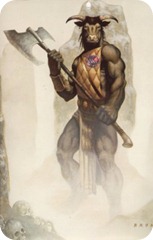 The ogres are known for their use of slave labor. Among the numerous slaves kept in Daltigoth, a group of minotaurs, who has been taken prisoners and are currently working the mines or building new houses for the ogres. These minotaurs are yearning for freedom, and would gladly join the impending slaughter of the ogres. A powerful group of adventures might succeed in penetrating Daltigoth and free the slaves. However, due to the cultural differences it might prove more than difficult to integrate the minotaurs into the invading army. If the player characters convince the slaves that they are people of honor, the slaves will fight in the war. Given the intimate knowledge of Daltigoth they have, the slaves are valuable allies and it is believed that the leader of the minotaurs will be rewarded with a seat on the ruling council of the oligarchs.

I intended to run these adventure hooks as little interludes in a much grander campaign “The Wizard’s War”. The party was involved in a huge attack on the city of Daltigoth, and the plan was to let that be the overall theme, however, in order to let the players get a little R&R I would let them stray from the main campaign once in a while.

Alas, it never came to pass…